'Let us not change our culture,' says young author

Culture is something that must be passed on from generation to generation lest we lose our identity as African people, says Phophi Ndou, a resident from Mauluma Zone 4 village who has authored a book titled Murafho wo vhilinganaho (the messed-up generation).

According to Ndou, the African youth of today are abandoning their cultural ways more and more for what they call “modernisation”. “Girls should have children from at least the age of 20. I believe one is mature enough then to be responsible for an offspring,” she said. “A woman should also wear a decent dress or clothing that covers her body. This really is to maintain one’s integrity, value and respect.”

With these and other traditional beliefs in mind, Ndou has penned the book down in only three months.

During her primary and secondary school days, Ndou used to write her own speeches for debate competitions. This passion for writing developed over time and she was later inspired by her late brother, Vusani Malvin Rathumbu, and Pastor Mashudu Peter Makhado to write a book.

“The message in Murafho wo vhilinganaho is all about the bad lifestyle that dominates the 21st century generation. All that was known as taboo back in the days had suddenly turned into normal life,” she explained. “The main purpose of this book is to remind the youth of today of the bright side of life and to live peacefully, like in the olden days.”

Ndou studies online for her first year in law with the University of South Africa. She is also a full-time student of plant production at Madzivhandila College of Agriculture. In her spare time, she continues to write and is busy writing two more books that might be published next year. 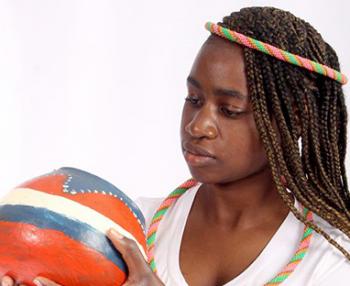