Tracy Singo is back with 'A Woman’s Legacy'

After publishing her third book, titled Before varsity and what a lecturer wants you to know, about two years ago, a resident of Hamutsha village, Ms Ndivhuwo Tracy Singo, has resurfaced with her fourth book. Her new book, A woman’s legacy, was released two weeks ago.

According to Tracy, the new book is dedicated to women of all ages. She said that after reading the book, readers would realise their worth and the impact they could make on earth and other people. The new release comprises 10 chapters. In the first chapter, Tracy motivates women not to give up in life despite all the odds. She cites the accessing of equal opportunities and gender-based violence (GBV) as some of the challenges that today’s women face.

Another chapter that makes A woman’s legacy a must-have book for all women is titled: The power of a positive woman. In the chapter, Tracy describes a positive woman as the one who remains calm in any argument, a woman who does not argue to win, but to learn. In the last chapter, called The woman I am, Tracy describes herself as one of the few women who had achieved almost all their dreams at a very young age.

Tracy is no ordinary motivational speaker and author but an academic. She worked at various institutions of higher learning, including the University of Venda, the University of Limpopo and the Vaal University of Technology before she retired on medical grounds. She is living with a bullet in her head after surviving a shooting incident way back in 2008.

She released her first motivational book, titled God never fails, in 2009. Her second book, Beyond limitations, was released in 2017. According to Tracy, the three books are still in demand. Tracy said that copies of the new book would be available at most bookshops countrywide in the coming weeks. Tracy can be contacted on 0727278763 or at nditracy@gmail.com. 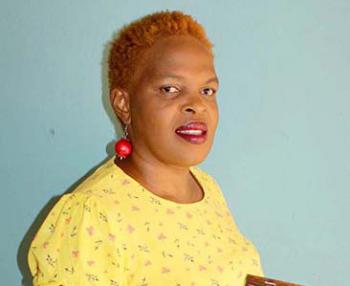