Tshifhiwa Lavhengwa aims to restore hope and inject a sense of courage into people through his poetry collection, called The Bleeding Pen.

“I write poems that evoke emotions with unspoken truths,” he said. “The title of my collection refers to the bleeding emotions of wounded souls. Whenever boredom strikes, I find myself writing poems and reciting some of them on video clips, which I later share with people via various social-media platforms. I mostly don’t plan to write; it just happens and then the words come flowing nonstop.”

He says that readers might be able to relate to many of the challenges in his book regarding relationships, regrets, broken dreams and spiritual courage.

“I was touched by situations that people go through on a daily basis; unspoken words and emotions that they can’t express,” he explained. “I stand as their voice to an unsympathetic society.”

Lavhengwa, who is a first-time published author, fell in love with writing in 2019 after he had read many religious books. He initially started writing as a way of expressing his own feelings, without any intention of ever publishing his writings.

“As I continued to write, I realised that I was able to express my feelings more aptly through poems, and that was the moment in which I decided to focus more on writing poetry,” he said. “I needed my voice to be heard by the next person, and that was when I approached Betbing Publishers.”

Lavhengwa resides at Tshivhilidulu Village. He matriculated at Vhusendeka Secondary School in 2016, obtained a food and cookery certificate from Boulevard Academy, as well as a business skills certificate from Oxbridge Academy in 2020. 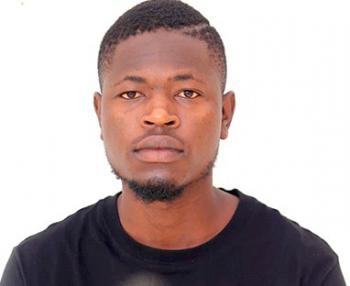