Mathuga's second album will not disappoint

Being a musician is not for the faint-hearted. Speaking from own experience, Thabelo Mathuga says that this takes real commitment, dedication and a strong will to succeed, and it may take a long time before one eventually gets a break.

Mathuga (33) is from Tshiswiswini Village in Tshakuma and fell in love with music when she was only 12 years old. “When I was in primary school, I used to sing at our school assemblies and even in class during free periods,” said Mathuga, fondly known as Lady TH. She was greatly inspired by none other than the late Brenda Fassie, whose music hit South African soil and spread to the rest world in the 1990s.

Fans are reminded to be ready for her second album, titled Nisongo Tuwa (do not leave me), which will be released towards the end of July.

Mathuga says compiling the album took her a mere 30 days. “The tracks on this album will really soothe the sad. It has meaningful lyrics and inspiring messages on how we as communities can live harmoniously,” she said.

Her first album, Vhutsilo Hanga, was released in 2007, but she says it did not perform very well, as she had no support – either financial or in the form of assistance or guidance in marketing the album. However, this did not stop her from dreaming, and today she is happy and optimistic about this second round. 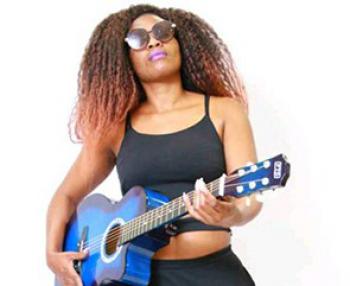