When he was a child, Phindulo Mudzuli never dreamed that by the year 2021 he would be considered one of the most sought-after music producers-cum-engineers in the area.

Phindulo, who also goes by the name of “Poks”, is a sound engineer living his dream. He is the man behind many local hits.

Poks was only ten years old when he started learning how to play drums, using old pots and empty tins at home. In 2008, at the age of 13, he was afforded the once-in-a-lifetime opportunity of playing drums during a live recording of PGC Worship Team.

“I grabbed the opportunity with both hands and never looked back,” he said. “My exploits behind the cymbals attracted household names like Ndivhaleni Musetha, Voice Tsilatsila and Itani Vendaboy, whom I also worked with as a drummer and producer.”

But while people were being mesmerised by his unique drumming skills, Poks had even greater ideas. In his mind, he was already working behind the scenes, capturing and mixing music into a good product.

“I loved capturing audio more than drumming and followed my passion,” he said. “I bought my own beginners’ studio equipment in 2014 and recorded myself. The sound was amazing and from there I knew I had found my happy place - inside the recording studio.”

He continued teaching himself the basics of audio capturing, mixing, and mastering. Later he met Rembuluwani Munzhelele of TrimSounds, who helped him to hone his skills. “From there on my confidence was boosted and I started recording upcoming artists, including Ras Man P, P Doktor and Jagas.”

Poks’s big break came when he recorded Mukhethwa Madula’s album, The Gospel. The quality of the album was the talk of the town and people started enquiring about the man behind such a great production.

“I can honestly say that The Gospel opened doors for me because soon after it was released, prominent music promoter Robert Netshiunda got hold of me and we recorded Dzinani la Yehova and U ri fhe namusi by Gundolawe Ramudzuli and Fhatuwani Makungo respectively. These songs further put my name on the map due to their high rotation on radio stations,” he said.

The 26-year-old Pile-born producer has his own production studio called POKS Production and says he was inspired by the late Emmanuel Mamphogoro. His dream is to produce international music and win a few awards. 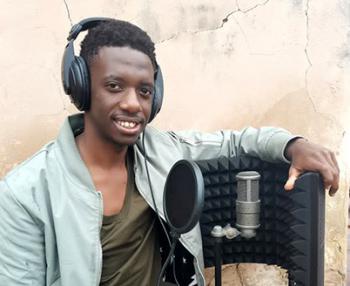