The Reggae Godfather releases another album

With the release of his latest album, Inwe thungo ya daba, Code Mundalamo’s reputation as reggae musician shot through the roof and earned him a new title: “the reggae godfather”.

This, to the Gogobole resident, is a great honour. “The kind of admiration and respect I’m getting from reggae music lovers is really astonishing,” he said. “It makes me feel more grounded as a musician. Yes, I know that reggae music is a genre that continues to rise above marginalisation in most social circles, and we will stop at nothing to create this message-laden music.”

Inwe thungo ya daba, which was recorded live, accommodates other languages besides Tshivenda, including English and Xitsonga. With tracks such as Memories, Tshilikadzi, Let it show, Degesela, Inwe thungo ya daba (title track), and Mano masea zwivhi, fans will not be disappointed.

Code’s life took a radical turn when he decided to become a reggae musician years ago and managed to find – acoustic guitar in hand - the meaning of life within the rhythms and lyrics of his music. It all started one day in 2004, while he was studying metallurgical engineering at the NWU’s Vaal Triangle campus and had a certain vision. He heard songs playing in his mind and realised that he had not heard them anywhere before. “The same songs would also come in my dreams,” he said. “It was like madness, but in a good way, because I soon realised that it had to do with a musical calling,” he said.

Today, Code sings about issues and matters that refer to social life. To him, music is life, and his soul is thriving on it. “Music is a form of self-expression, the delivery of constructive messages and a package of joy and happiness,” he said.

His first album, Zwiakalakata, released in 2016, invites the listener to accompany him on a musical journey. Here he gives praise to God with his rendition of The Lord’s Prayer, relayed in true reggae-style like never heard before. In 2018, Shango na zwalo was released. All these albums are available on online digital stores. 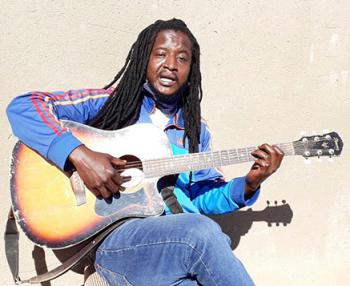