Sivhara Mulaudzi, local pianist, guitarist, and composer, will be releasing his sixth album, titled Bhingiman, on 17 July this year.

Bhingiman follows his previous and very successful album, Reggae Makosa II, which was released last year amidst the Covid pandemic.

“The name Bhingiman suggests a person’s closest friend who then betrays the ones who love him or her,” he explained. “I am trying to show that, most of the time, people are hurt by those they love, which is really a bad thing.”

This multi-talented musician, who resides at Ha-Khakhu Village, has taught his wife to play the piano and his daughter to play bass. “I grew up listening to good music by great artists like Thomas Mapfumo and Joseph Hill. Those two musicians inspired me. So, I got to play a guitar without even daring to dream about one day recording my own music. In fact, music had been in my blood for many decades.”

Sivhara learned to play the guitar, keyboards, drums, and trumpet at a young age. “Even today I do music for the love of it, and not for money. If money comes in, I view it as a bonus and appreciate it.”

Sivhara, who ranks among some of the greatest reggae musicians and still values live performances because of the kind of vibe it creates when they perform in front of an audience, kept music lovers swaying to the rhythm when his family band live-streamed their music from their home during the lockdown last year.

He said that the Covid-19 regulations continued to make life hard for most people in the country. “The pandemic is disturbing everything, but I know that we will go back to our normal lives soon,” he said. “JAH will heal our world.” 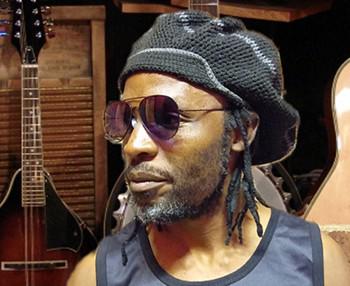 Sivhara Mulaudzi is a pianist, guitarist, and composer of note. Picture supplied.