Shakes Mbedzi is here to stay

Those who understand gospel music will unanimously concur that local gospel music star Shakes Mbedzi is here to stay. Mbedzi filled the hearts of his fans with joy last week when he released his long-awaited single track titled Ngelekanyo Dzau Messiah.

Mbedzi is not a novice in the music industry. He shot to stardom when he released his debut album, To God Be The Glory, in 2014. The album was recorded live and released simultaneously with the DVD of the same name. He had previously worked with gospel music heavyweights such as Worship House, Itani Mphaga, Lufuno Dagada, Tiyani Maluleke, Thapelo M, Wanga Mukwevho, Thabelo Thavhanyedza and Lufuno Ray.

He says Ngelekanyo Dzau Messiah is a praise-and-worship song that serves as a prayer to thank God for what He has done for him. “I have seen the greatness of God since I was born 31 years ago. I have gone through different situations, good and bad, but the Lord has always been there for me. That is why I deemed it fit to thank Him through this gift of music that He has given me.”

Mbedzi added that, as human beings, we can plan for the future, but only God knows what is in store for us. “There was a time when I almost gave up in life, but the love of God guided me to push through. Through this song, I want to encourage those who have given up in life to start all over with a positive attitude. One thing for sure is that God is always there to protect us and does not have any plans to hurt us.”

He said he felt very happy about how the album was received by his fans. “This clearly proves that people were missing me, because I have not released any gospel music for some years. Everything has its time, and this is the time to make my fans happy. The fact that people are buying this song in large numbers means that my music touches the hearts of the children of God. I will continue to give my fans good music in order to glorify the wonderful name of the Lord, our Creator.”

Ngelekanyo Dzau Messiah is available in major online stores, but those who want hard copies can contact Mbedzi on 071 290 0048 (voice calls and WhatsApp). He is also available on Facebook (Shakes Mbedzi). 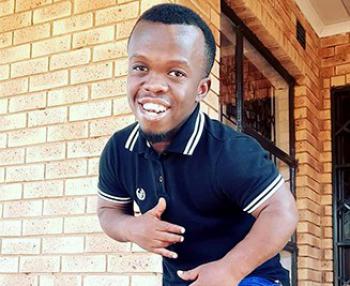 Gospel music star Shakes Mbedzi is happy that his song, Ngelekanyo Dzau Messiah, has been received with acclaim by music lovers. Photo supplied.