Phumudzo Terence Ramovha, known in music circles as Troy Dipa, has already earned his share of fame with the release of his debut hit single Soko.

He draws his inspiration from real-life experiences, and this, he believes, is the reason why his fans can relate to his music so well. “My work is infused with Afro-pop music and Venda rap that evolves into vibey, soulful sounds,” he said.

Troy Dipa hardly needs to sit down and think about songs to write. The lyrics, he said, came naturally to him once he got behind a microphone. “The words just start to pour into my mind and out into a recording.”

This singer, songwriter, record label executive and producer started singing as a child. He was fascinated by the music of Chris Brown, Usher, Burna Boy and Wiz-Kid. Today, he aims to spread love and positivity throughout the continent with his music. “This world is filled with negative elements, and I feel that in order to beat the negativity, I must focus on creating the kind of music that inspires people in a positive way,” he said.

Troy Dipa runs his own recording studio, called Syndicate Music, and has worked with prominent artists such as Mizo Phyll, Unarine and Maitele. He plans on expanding his work by casting his net out further and securing performance gigs in the other provinces. Being able to one day feature artists from around the world in his own music is his ultimate dream.

“Music knows no boundaries, and featuring artists from other parts of the world is just another way of sharing the music,” he said. “I have more readily available songs online, but my first solo mixtape is due in September this year. So, to all my fans out there, please be patient just a little while longer while I get this great project together.” 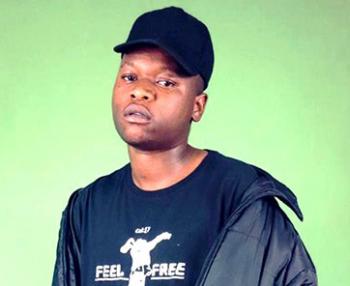