Yungless goes all the way

Born Mvelelo Rasiluma and raised in Tshivhilidulu village in Nzhelele, Yungless had already connected with the music industry briefly with his previous two songs, Rockstar and Leaders of the new wave, available online, but now he is determined to really go for it.

“It has taken a moment to sink in for my fans,” he said, speaking about his new album, “but I believe that even those who are new to my music will really enjoy Heartless Nights.”

The album comprises five songs, titled All in, Just for Zwivhuya, Bando, Let’s Address and Clout. “I was feeling really good while I composed the songs, so I decided to add a few love songs as well,” he said. “In these songs, I am more of a storyteller, though.”

All his songs were recorded at Malone Kings Entertainment, an independent record label company in Pretoria. Yungless is currently based in Ekurhuleni in Kempton Park, Gauteng. He is deeply inspired by Emtee and a few other American artists such as Lil Wayne, Kendrick Lamar and Polo G.

Because not many other artists in his village pursued this specific genre, he felt that working on improving his musical talents was important. “What mostly made me fall in love with hip-hop was when I realised that there were no ‘hip-hop trappers’ in my village and the surrounding areas,” he said. “Hip-hop trap is a sub-genre of hip-hop, taking root in South Africa too.”

Yungless’s music is available on most digital music platforms. He is available for bookings and can be reached on Tel 072 341 0030 or mishumo420@gmail.com. 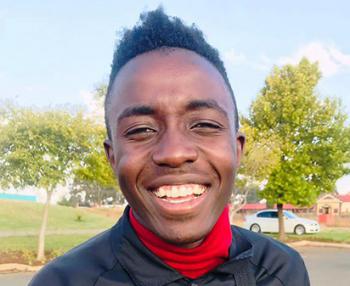