Lutroo Da-Music has just finished the video recording for his song Tshifasekano, and his fans are waiting with great anticipation for its imminent release.

Born Hulisani Masakona, Lutroo Da-Music is a hip-hop and RnB singer, songwriter, and record producer, whose talents have seen him perform on national platforms. He has made a name for himself in the music industry with songs such as Kha Ntshinele (featuring Mizo Phyll), Amahle and Masindi (featuring Jewels Black).

“I am excited about Tshifasekano’s video project; I have really invested a lot in it,” said the artist, who shared the stage with a number of selected upcoming artists to perform at Colbert Mukwevho’s 50th birthday celebration.

His musical journey started as a member of the church choir and later he took part in local talent shows. He started making his own records in 2009.

Lutroo Da-Music is known for his smooth, soothing voice, which has become his trademark. He released his breakthrough single, called Invisible, in 2016, which features Una Rams and Mizo Phyll. “It became one of the most popular songs in Vhembe then,” he said. “Within the same period, I became part of the top 10 Tshwane music conference winners who were rewarded with a three-year record deal with Uhuru Music.”

His fans believe without any doubt that he has a brighter future ahead of him and he has received massive appreciation from them for his work so far. “With the love I am receiving from the public, I am currently dedicating my time and energy to creating more music, and the love continues to grow,” he said. 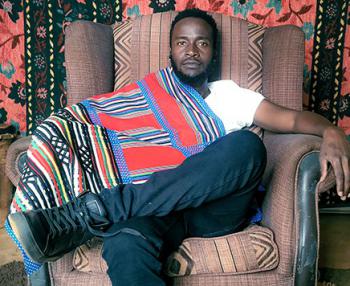 Lutroo Da-Music has just finished recording the video of his song Tshifasekano, which is to be released late in June this year. Picture supplied.