Since he discovered his musical abilities in 2013, Luka 120 has kept on refining his singing talent and presented song after song over the years, much to the delight of his fans.

His most recent work has proved to be quite a success, with tracks such as Batlao huurda, Bo mma (featuring Bruce Dennil), Smashing my neighbours (featuring Monique Nikkol), Tastic Rice (featuring Rebone) and Byala ka bo rata.

“I choose to sing in different languages to make a greater impact in the music industry,” he said. “This is South Africa, where musicians don’t have to focus only on one language, but other languages as well, as long as they enjoy singing in them.”

Mashudu Lucky Makhado was born in Saulsville, Pretoria, but grew up in the villages of Magau and Madombidzha. Luka 120, as he later became known, used to spend his time in recording studios in Gauteng. He started taking his love of music and his talent as a singer seriously after an in-house producer asked him to write words for a new song they were working on at the time.

“That was the beginning of my music career,” he said. “This music project became my first project ever, titled Bona and Talia, and it was a hit in Saulsville. After that I felt more encouraged to record an album of my own.”

In 2013, Luka 120 finally recorded and released his first album, titled Break Up Music Vol 1, accepted by music lovers, as well as radio stations. “My second project, Break Up Music Vol 2, had more mature rhythm and beats,” he said.

His music journey has seen him go from strength to strength, to the extent that he spread his wings to the United States, where he connected with a few of their Rappers. Snoopy Sofly, Stone, Paxton, Zavion Boothe, Rex, Jamie Wilson, Shyia, Veronique, Gooch, Kahlil Brown, Bang, and Tnt Sonnic are among some of the US artists he worked with.

Luka 120’s music is available in most online stores, and he can be followed on Instagram (@ Luka120sa), Twitter (@luka120sa), Facebook (Luka Mashudu Makhado) or his Facebook fan page (Luka120). He can be contacted on telephone and WhatsApp number 078 914 1806 or on email at soulbent1@gmail.com. 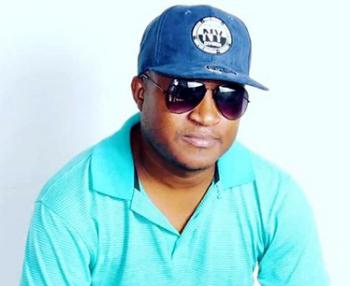 Luka 120 has never looked back since he started his music career. Picture supplied.