Mukhethwa Madula has waited a long time for his dream of becoming a gospel singer to be fulfilled. In spite of many disappointments, no setback could deter him from pursuing his goal.

After having successfully released his debut single named Jesus, the answer last year, Madula is back again with a faith-inspiring eight-track album, titled The Gospel.

He was born and bred in Dzimauli Mukondeni 2. “I did not allow my not-so-rosy background to define me. I grew up in a Christian family and that contributed to my love of gospel music,” he said.

Both his parents used to sing at church and other social gatherings, and that further encouraged Madula to also sing. Despite not having worked with any artists, either as a backing vocalist or as a feature, Madula focused on sharpening his singing skills during his time as member of a young boy band from Nzhelele who entertained guests at weddings and parties.

“I grew up listening to the late Vuyo Mokoena, Itani Madima, Rejoyce Mukumela, and later on I would listen to Lufuno Dagada, mainly because my father owned a collection of their music,” he said. “In 2011, I wrote my first song – the title track from The Gospel album - and I realised that I had a gift for writing songs.”

Madula holds a Bachelor of Law (LLB) degree from the University of Venda, and is nicknamed “The Englishman” because of his excellent use of the language in his music.

The Gospel was produced by Phindilo “Poks” Mudzuli and comprises songs such as The love of Christ, I’m Inspired by the Word, U zwothe and the hit track, Haho. All songs on the album were composed by Madula, who is managed by Pieterson Mudzuli, famously known as Dr Mukhuwa in music circles.

Madula’s inspiration to write music comes from his passion to preach the Word of God, which he now relays through his songs. “All I want is to minister the gospel of Jesus Christ,” he said reflectively. “I am inspired by Apostle Paul where he says in Romans 1:16 that he would not be ashamed of the gospel, for it is the power unto salvation.”

“I would like to reserve special thanks to my father, Justice Madula, for the role he played in my life and music career. He bought me music instruments and nurtured my abilities.” 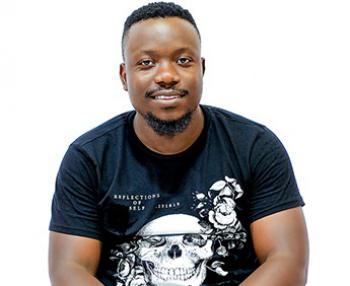