Fhatuwani enters the gospel scene with a bang

Not even the devastating effects of the coronavirus, which had already wreaked so much havoc across the globe, could stop Fhatuwani “Professor” Makungo from realizing his dream of making and releasing his own music.

Fhatuwani’s music career began in the midst of these trying times, while so many local artists struggled to keep afloat. His first single, titled U ri fhe namusi, has just been released - an extract from The Lord’s Prayer.

The song has been dubbed “a breath of fresh air” by gospel music lovers. “I strongly believe that most of our prayers are based on The Lord’s Prayer,” he said. “No matter what we pray every day, it is somehow related to this amazing prayer.”

Fhatuwani was born and bred at Ha-Makhuvha village and grew up in a religious family. His elder brother is an ordained pastor. He had been singing in the church choir since his childhood, but things took a different turn for him when his musician friend, Thilivhali Bumba, recruited him to join a local gospel group, Brothers In Love, as a tenor vocalist. “We recorded one live project and for me it was an eye opener,” he said. “It was an amazing experience and I enjoyed being on stage. I saw another side of music which I did not know, and I grew musically.”

After a self-imposed sabbatical, Fhatuwani found his way back into the studio, this time working with renowned music promoter Robert Netshiunda of Mukurob Music. “I grew up with Robert, who was a fellow member at church. When he spoke about me recording my own music, I was not sure if I could do it,” he said. “Robert had produced powerhouses like Lufuno Phalandwa and Grace Mulaudzi, and I felt inferior. But he encouraged me to just be myself, until I grew more and more confident. Now I have my own single out and it was received so well.”

Fhatuwani grew up listening to legends such as Keke Phoofolo and Benjamin Dube. “I do not have a specific goal to achieve in music. I want God to lead me and direct my path. My only promise to my fans is that I will do my best to make quality music and stick to the style that brings them closer to the Almighty,” he said.

Fhatuwani Makungo can be followed on Facebook, and those who wish to get into contact with him can call 072 730 2195. 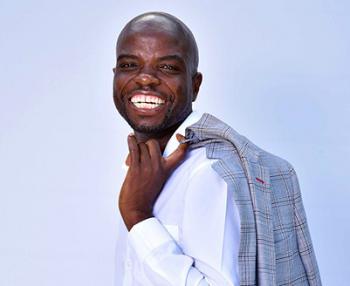