Afro-Pop vocalist Hildah Mudau from Mandiwana has done it once again. She has just released her fourth album, called Nyavhumbwa wa dakaila wa kanda vho vhumbaho, proving that her star is far from fading.

Her latest offering comes less than two years after the release of her third album, and it is already receiving rave reviews from the music critics. Even though it has not received a lot of airplay from local radio stations yet, Mudau is taking it directly to the people – and they love it!

“I grew up listening to the likes of Mercy Rambevha and Dzudzanyani Netshisumbuwa, who have been my role models and have inspired me a lot. They made music to soothe the soul, and this grew on me. I told myself that I would one day make the same type of music. I am really determined to take it to another level, no matter the odds,” she said.

She thanked her parents and relatives, who supported her throughout her journey. She said that, as much as she enjoyed dishing out her good music, she was worried about the fake music industry that was rapidly mushrooming in Limpopo, and music pirates (the Ama Ten Ten) who were robbing the music industry.

When asked how the new release was performing on the market, Mudau was quick to mention that the album was likely to sell far better than her last one. She said that she would be performing at weddings, memorials, and other social gatherings in the coming weeks in a bid to promote this new release. 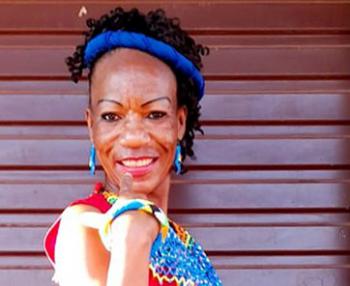