Many may not be familiar with the name Gundolawe Ramudzuli, but the community of Mukula village in Vhembe knows exactly whom that name belongs to. Well do they remember a five-year-old girl from Mphathele Primary School who mesmerised judges when she led His Glory Choir to a triumph during a singing competition 22 years ago.

Since that historic day so long ago, music lovers have been waiting with great anticipation for Gundolawe’s angelic voice to resurface.

The saying “good things are worth waiting for” seemed relevant as Gundolawe re-entered the gospel scene with a powerful single, titled Dzinani la Yehova, which in Tshivenda means ‘In the name of Jehovah’.

“I still cannot believe that it is my voice on that song,” a bubbly Gundolawe said. “I get emotional whenever I listen to it on radio and testimonies from people make me want to thank the Lord even more. This is the breakthrough I have been waiting for, yet it never crossed my mind that my entry to the industry would be this big.”

The single has taken the industry by storm, enjoying a lot of airplay on radio stations before its official release on 14 May. Produced by a renowned drummer, Phindulo “Poks” Mudzuli, the song has been receiving positive reviews from gospel lovers who have been praising its immaculate arrangement and Gundolawe’s anointed voice.

The 27-year-old Gundolawe, who is an employee at one of the biggest grocery chain stores in the country, was modest when asked about the resounding success that her debut single has attained. Although her talent was detected as a child, Gundolawe said her love of music was fuelled by her late cousin, gospel music icon Mpho Regalo, whom she idolised.

“During school holidays I would visit my aunt and Mpho would be singing,” an emotional Gundolawe remembers. “I would attend his shows, and from there on I was certain that I wanted to sing. He encouraged me to follow my passion, and I wish he was here to witness what God is doing.”

Gundolawe was born and raised at Mukula village and now resides at Khubvi village. In 2014, she joined gospel group Vhaneiwa Heavenly Voices as a backing vocalist.

She was discovered by a customer who heard her singing at her work and inquired about her talent. The customer turned out to be Robert Netshiunda of Mukurob Music and, as they say, the rest is history.

“I will be balancing my work schedule and limited tours as I aim to promote my single locally, due to Covid-19 restrictions,” she said.

Gundolawe is available on Facebook and can be reached via Mukurob Music on Tel 082 451 7170. 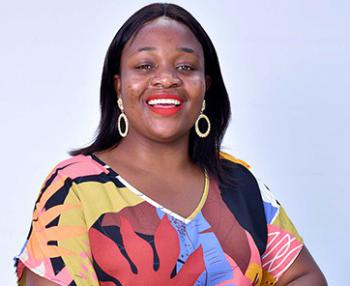