Mr Gundo Steven Ramafamba (39) from Makonde village has just published a book that is relevant to today’s society in many ways.

The Culture Called Greed was written during the national lockdown last year and released earlier this month.

“It was not easy for me to write a non-religious book like this one. It’s not exactly the kind of book anyone expects from a pastor,” he said. Ramafamba leads the Zion Apostolic Old Mission’s Tshiawelo branch.

He said that so many people today were being tormented by greediness, which was the reason he had felt inspired to breech this topic. The book sheds light on what can be done to correct a society where greed often turns people into monsters and manipulators.

He said that the exchange of money for favours had become a norm in society. “Greed is killing people. Many are victimising each other for the sake of money. Even siblings, fellow church members, colleagues at work, friends, and neighbours no longer protect each other and often cause one another harm in order to benefit from some situation,” Ramafamba said.

“The book is very informative, as it broadens people’s opinions. I’ve also done some research on the topic and interviewed many people to get my facts straight, because I wanted to share things happening in our daily lives. Some were willing to share with me their experiences, others were afraid. But in the end, we had a solid, readable and enjoyable book.”

Ramafamba did a short course in Business Plan Writing Skills with the University of South Africa (UNISA) in 2017.  He told Limpopo Mirror that he nearly gave up at one point while he wrote the book. Were it not for the encouragement of a few people who had pushed him to carry on, he said, he might have never finished it. 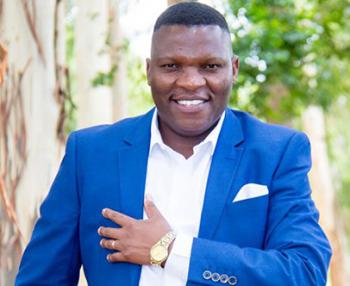 Mr Gundo Steven Ramafamba (39) from Makonde village has published a book that is relevant to today’s society. Picture supplied.