Completing his latest project took at least four months, but Vendaboy Poet has finally released his latest poetry-set-to-music album, called Ndavhuko, and he reckons it could not have come at a better time.

“Ndavhuko offers a good listening experience to the fans; they will not be disappointed. They will definitely appreciate the beautiful poetry and the heritage feeling to it,” he said.

Vendaboy Poet was born in Ha-Nthabalala village. He matriculated at Nthabiseng High, and in 2008 started writing and reciting poetry. He is multilingual and recites his poetry in six different languages - Sepedi, Tshivenda, Tsonga, IsiZulu, IsiXhosa, and English.

He obtained his diploma in Human Resource Management from the Central Johannesburg College (CJC), where he initiated poetry sessions and created a strong base for many other poets who joined his movement of taking poetry to the people.

“In CJC, I was nicknamed ‘Rrrrr nga mikosi’ – which was a signature I used to open or close most of my poems,” he said.

In February 2018, Vendaboy Poet released a very popular single, Muphuresidente, which was dedicated to the current South African President, Matamela Cyril Ramaphosa, and performed the poem to him on a British Airways flight en route to Durban. “It was a surprise performance arranged by British Airways,” he said. “I felt very honoured to have been granted the opportunity to honour our president.”

Vendaboy Poet had been recognised several times for his poetry music and has won five awards, including Best Poet at the Tshivenda Music Awards (TSHIMA) in 2012 and Best Praise Poet at the South African Traditional Music Awards in 2018.

“I feel fulfilled as a poet and am proud to be able to say that my work gets recognition,” he said. “I use my poetic gift to voice many of the challenges faced in communities today, and people love it.”

As one of Vhembe’s foremost poets, he was among the crowd who attended the late Lufuno Mavhunga’s funeral recently, where he was asked to perform an emotional poem as tribute to the young girl, who had committed suicide as a result of bullying. 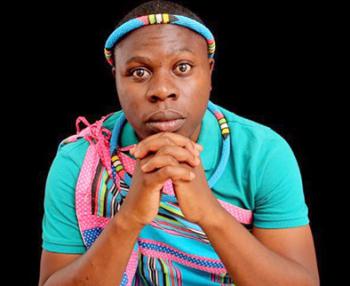 Vendaboy Poet continues to promote his African heritage, culture and traditions through his poetry. Picture supplied.