Nelson Raseboka, whose stage name is Ranel, is an accomplished vocalist and songwriter who hails from Ha-Muila village.

“I am deeply into house music and hip-hop,” he said. “I have a unique style, which makes me stand out among the rest. I believe I am well known for my strong, charismatic and mesmerising voice that's capable of taking one through so many different emotions.”

He grew up listening to the music known as the Bolobedu genre via Sekgosese FM.

“That’s where my love for music began to develop,” he said. “I used to listen to the likes of DJ Lenzo, and Dr Rackzen. As time went on, I fell in love with VenRap, where I felt so inspired by the music of Mizo Phyll and other artists who were making waves in Venda at the time.”

He then started writing his own verses and had DJ Dice guide and produce his music. “I had some friends on the grounds of the University of Venda, and that's where I managed to link up with Mexican Boys, a house-music duo (of) artists and dancers that were well known and doing well around the campus scene,” he said. “This is when I got to record my first ever house music song, titled Long Way, which was well received by the people around the campus and back at home.”

From that point on, he has not looked back, but he kept writing and recording more new music. He appeared in public spaces, performing his music to critical acclaim and praise from music lovers.

“My interest in making music has further been developed by the love I have for choral music. Yes, I am one of the lead singers in my church choir,” he said. “Hence I have recorded and released an amapiano single, titled U Na Milingo, on which I feature a talented producer, Miner Beats.”

He has been touched and inspired by the music of Makhadzi, King Monada, DJ Maphorisa and Nasty C. “They sing so well, so I look up to them for inspiration and motivation,” he said. “The list of artists I look up to is endless, though.”

He said that he always aimed for his music to impact the lives of people. “I aim to inspire souls and make the world a better place through my music,” he said. “Rest assured that there's still some more good music coming from me. Make sure you follow me on every social media platform at your disposal.” 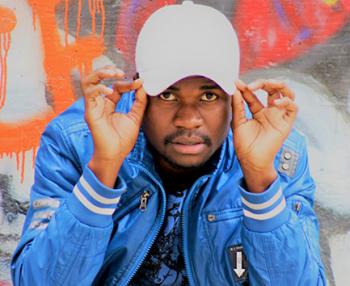