Romani's dream is to see a revival of traditional music

After a three-year break, Romani is back in the studio and recording his second album, titled Mufaro. Like his debut album, Romani did not forsake the musical identity that distinguishes him from his peers by successfully mixing Tshivenda traditional music instruments such as lugube, nguluvhe, mbila, tshititingo, tshipololio and tshihwana.

A seasoned poet in his own right, many people know Romani as the brilliant character who played Marema in the famous Phalaphala FM soapie, I khou khidzhana, and the old man Vho-Murunzi in Ndi yone mini yeneyi respectively.

Talking about his inspiration for playing indigenous music, Romani said: “I have realized that indigenous traditional music is fading, and I should do something to revive it. Although it was difficult at first to get the indigenous instruments, I was fortunate to hook up with crafters who managed to provide me with some. I had to teach myself to play all these instruments because it is very rare these days to find people who are still playing them. I felt it was my responsibility to revive our culture, so that the coming generation should be able to have a reference on how life used to be before they were born.”

He says at first many people, especially the youth, used to ignore his music. “I told myself that I am not into indigenous music for name or fame. My objective was to play a role in the preservation of the Vhavenda culture. Fortunately, as time went by, people started understanding my music and I’m happy that parents are now buying it to play for their kids to teach them about their culture.”

His second album will be ready next month (May). “Mufaro is rooted in deep traditional sounds and it is influenced by traditional musical instruments. I have no doubt that it will easily penetrate into the competitive music industry because it is unique.” 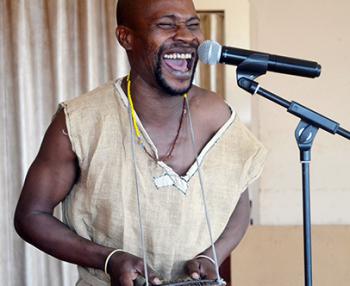