Tee Jay's fans can relate to his music

Tee Jay’s latest single, Mufunwa, is stirring up the music scene and this track can be heard playing everywhere.

This artist is so excited about the initial success of his single that he feels confident enough to budget for a music video as well to satisfy his fans.

“I have worked really hard on Mufunwa, which features Injebomvu, a very talented singer,” he said. “I tried to do a song that would have international appeal. The response from my fans shows that they are welcoming the song warmly, and I am actually smiling, as I knew that would happen because of the amount of hard work invested in this project.”

According to Tee Jay, this is a song that everyone can play and sing to their loved ones; firstly because of its high quality, and secondly because people can relate to the words. “My music is always familiar, even though it is a totally new song with a new beat and lyrics,” he said. “This is because my heart is rooted in my community. When composing a song, I make sure that I also infuse elements that make the song find its way to the hearts of those who cannot speak my language.”

Tee Jay, who was born Tshiphetho Mulaudzi and resides at Thathe Vondo village, is known as one of the few independent artists in his village to have reached commercial success. He won the prize for Best Performance Act at the Tshikunda Africa Awards in 2013.

“My talent has reached a high level of maturity. The music I am now releasing proves that,” he said.

With this latest hit single, Tee Jay's star continues to sparkle more brightly. Some of his other songs include Ri songo vhengana and Doing better, and his first mixtape is called Hayani (Home).

To listen to more of Tee Jay’s music, fans can visit https://hearthis.at/tee-jay/ or visit his Facebook page (Artist Tee Jay). He can also be contacted on Tel 076 197 3775 or send an email to mulaudziteejay@outlook.com. 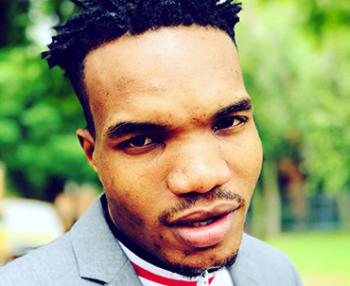