Mickeyblack’s parents and brother were the first people to notice her singing talent when she was only in the sixth grade in 2015. One day she performed at a social event at Tshivhulana Primary School and the audience were very impressed with her singing.

“Singing has become a part of my life and I enjoy it very much,” she said. “To me, music is the only thing that brings sense to people who might have lost hope. It is a one-in-a-million part of my life. I believe that music with the right lyrics can truly change people’s mindsets for the better.”

She is inspired and motivated by her fans and respects them for it. “My mentors, who are also my number one fans, are my parents, who are also good at singing. They have smartened me up in terms of this whole music industry,” she said. “Lady Zamar is my favourite singer. What she does is way too legit and her voice on the microphone is another thing.”

As an upcoming artist, Mickeyblack’s focus, dedication and determination to keep her music real to the people have seen her gain popularity not only among young people, but adults as well.

“The first track that I recorded and released was Nothing Better (produced by Van Gee Beatz),” she said. “Before it was released, I was so nervous about how people would receive the song, because it was my first one.”

However, Nothing Better gained massive reception in the music industry and succeeded in making a name for the young star. 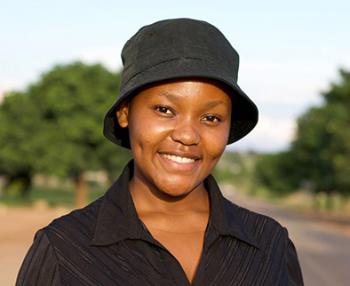