Omphulusa Tshililo, who is known in music circles as LVB da Future, is steadily climbing the music ladder with great enthusiasm.

LVB da Future is currently a part-time student at the Tshwane University of Technology, a full-time musician and a music-related brand manager who sells Toxic Designs and TH3 A TEAM wear. Besides all this, he also runs Future World Holdings, a company that specialises in tiling, painting, catering, and security services.

“I discovered my singing talent around 2014, when I was still in high school,” he said. “I would rap on the tables in my class. Most of the pupils were not shy to tell me how good I was and even pushed me to consider finding a studio to record my own music.”

Since he discovered music, it has become the essence of his life. “I cannot image a life outside the confines of music,” he said. “Whenever I feel like quitting, the words of my manager, Mr Madikita, just won’t stop ringing in my head. He told me to ‘pull up my socks and keep going forward’. He means a lot of good to me.”

LVB da Future is currently working on a full-length project, titled One Last Time, which will make it to the shelves soon.

He recorded his first track, The One, when he was still in school. This track had earned him popularity in the province. Some of his other songs include Fidelity, Life, Ene u wanga, Murder and Gandaganda.

LVB da Future is available on most social media platforms, including Facebook (LVB da Future). He can also be reached on Tel 060 697 7811. 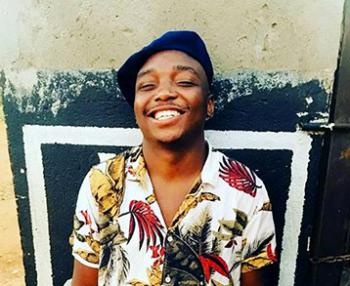