The South African reggae music scene received a shake-up with the grand entrance of Elijar Sithole (46), better known as Don Daddah in the entertainment world.

Sithole, who stays at Malavuwe village outside Thohoyandou, has concluded what he describes as a “life-changing” recording deal with One Step Music. The company will release his eight-track reggae music album next month (March).

Sithole, who is a professional nurse at the Charlotte Maxeke Johannesburg Academic Hospital in Gauteng, said his dream had always been to get a reputable company that would sign him and market his music. “One Step Music came at the right time when people were desperately in need of my music. This deal will change my life for good, because artists are struggling to market their music to all corners of the world. I feel very honoured to be part of this big family that will help to expose my talent to the world.”

Sithole said the recording of the album was almost complete and he was working with the One Step Music team to finalize the arrangement. “The album is unique because I have always believed in my unique talent. It has six normal reggae chanting songs and two massive dubs that will automatically force all the Rastas to put their dancing shoes on. This is the evolution of reggae music because my sound is very rich and different from the normal sound that people hear every day. I have termed my unique sound the Daddah sound because it purely originates from my unique creativity. Tracks to watch out for include My queen, Ganja time, Jah no dead and Gone too soon.”

One Step Music’s director, Langanani Mbodi, confirmed that his company has sealed a deal with Sithole. “He is one of the most talented reggae artists around and we are happy to welcome him into our big family. His music will be available world-wide in various online stores like what we are doing for several artists who are under our wings. Our aim is to expose local talent to the rest of the world, and we are doing that one step at a time,” said Mbodi.

Sithole is not a novice in the music industry. He had cut his musical teeth at his home village of Malavuwe in 1998 with the now-defunct The Young Vibes Band, playing keyboards with Khathu Muntswu, David Mmbi and the late Amon Mvula. He later joined the Survivals Reggae Band and went solo in 2016. 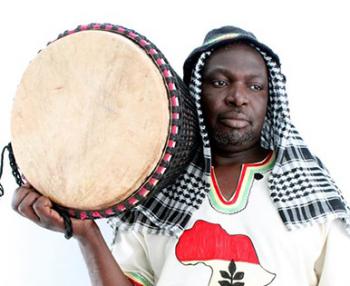