The music of Ephraim “Galaha” Masindi has reached a new level of maturity. Music maniacs will concur that his second Tshivenda traditional album, entitled Tshibode tsha madebe, which was released last week, proves that he is ready to conquer the tough music industry. To put the final nail in the coffin of his critics, Masindi has featured the multiple award-winning Tshivenda music legend Naledzani Netshirembe on the album.

Masindi said his dream had always been to feature Netshirembe on one of his albums. “Naledzani Netshirembe has been an inspiration to many of us, and she has put Tshivenda music on the world map. She is a role model to many of us, and no Tshivenda musician would ever resist the opportunity of working with her. When the opportunity to work with her presented itself, I never wasted time, but I grabbed it with both hands. This is the once-in-a-lifetime opportunity that will go down in my music history as one of the highest achievements.”

The 2019 Tshivenda Music Awards (Tshima) nominee added that his album represented true Tshivenda identity and tradition. “All songs are sung in pure Tshivenda and the instruments are traditionally grounded. I am glad that the team I have worked with to produce the album is composed of experts who know their job very well. They include executive producers Wanga ‘Best Pro’ Mukwevho and Mbulaheni ‘Brother Nemas’ Nemauluma, Sydney Makhado, Parks Mudzanani, Tendani Maginya and Pathutshedzo Ndou.”

The renowned lead-guitar wizard said that he would never forget to thank his fans who had been the pillar of his strength from 2019 when he released his first album. “I am what I am today because of the support from my fans. This latest album is the best gift that I could ever give to my fans.” 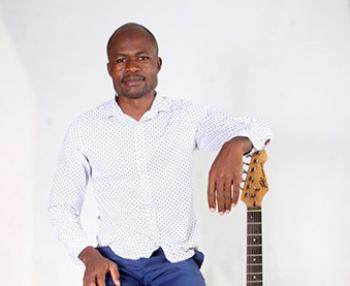