Thidziambi De Poet's verses are worth listening to

The rise of a poet in any African society is always something to be celebrated. Taking the lead in promoting the culture, traditions, and norms of people through their God-given talent takes someone exceptional.

Vhembe is celebrating the rise of Phuluso Dave Netshavhakololo, known in music circles as ‘Thidziambi De Poet’, who hails from Tshaulu Khunguni village in Thengwe.

“Just like everyone else, I was born with a God-given talent. As it is naturally not easy for someone to know their God-given gift from an early age, it also took me time to know mine. Writing is a gift that I inherited from my father, who was a gifted writer of poems and stories, but due to financial constraints, he couldn't formally publish his writings.”

Thidziambi De Poet started writing songs, with the focus on hip-hop lyrics, in 2014. “I was a big fan of hip-hop and followed local artists like Mizo, Bomo, Mac J and many others,” he said. “It was in 2017 when I penned down my first poem, Mbilu ntsu. It dripped from the core of my heart as I remembered all the pain I experienced when I was young. I was raised by a single parent, as my parents separated in 2005 when I was still very young.”

In 2018, this poet met another highly talented fellow poet and guitarist, Ndivhuwo Mabonyane, known as ‘Dzomoļavenda’. Their meeting spurred Thidziambi De Poet on to work harder on honing his poetic talents.

“It's not easy for someone to show you the path they have walked on, but I was very fortunate as [Dzomolavenda] showed me what a poet should do and how to do it,” he said appreciatively. “I realised that I have to be diligent in reading and listening to good poetry. From there on, I started working on my project called A Thi Muvhuya. Many people liked it, even though there were a lot of mistakes along the way.”

The year 2020 was the hardest for him in his musical journey, as he failed to register as an official artist and could not produce an album due to financial constraints. “Although it was tough, I was able to record poems on acoustic guitar sounds titled Ipfi langa with my classmate, Gumani Nkhumeleni. The tape has poetic songs like Muvheregi (featuring Gloft & Zee Bhoi), Mmawe, Nne na inwi, O fela nnyi and Ipfi langa. I worked with artists like Copper and Boss G.”

Many people noticed his work after his song, Ndi Muvenda, started receiving airplay on many local radio stations. “Some of the artists liked it and complemented me, including Vendaboy Poet, who approached me for a collaboration,” he said. “I worked with Vendaboy Poet on my latest album, titled Ndavhuko. I believe that my poetry brings healing, love, and peace to the community. My God-given gift will bring peace and comfort to people.”

Thidziambi De Poet is currently writing poems for his next project, provisionally titled Vhuhwi hanga. “Even though I am not sure how I'll record it, as I’m faced with financial constraints, I believe that God will touch someone and inspire them to help me, so that I may serve like other artists,” he said. 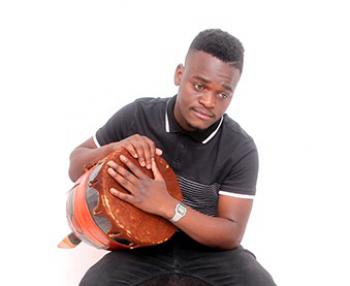