Queen Popoo was one of the best female voices that illuminated the music industry during the lockdown in 2020. She aptly succeeded in doing so with the release of her full-length album, entitled Ndi munangiwa.

Now she has released a music video for one of the hit songs featured on her previous album, called U shuma. This is a feel-good song that encourages both young and old to pull up their socks, apply a positive attitude and get to work instead of loitering around.

Popoo was born Fhatuwani Dzhadzhi at Vondo village. “I am an artist who believes in sending out positive messages via lyrics or instruments, and I think with this video the team and I managed to add more value to the meaning of the song,” she said.

On U shuma she features mega Venrap artist Racha Kill, and the video was directed by Acolly Mandiza. The video can be viewed on https://www.youtube.com/watch?v=TG-ufi_cePE&feature=youtu.be.

Queen Popoo’s music is authentic, and her subject matter is relevant in today’s society, as her hit single track, Daddy, proves. The track was released last year and ranked as one of the best songs composed, produced, and released right here in the Vhembe District. The heart-warming aspect about the song is that, while the sound and lyrics are original and appealing, the artist pays tribute to her late father, as well as all fathers in the world.

This album is available from online stores and directly from Queen Popoo via WhatsApp on Tel 082 735 8269 at R80. 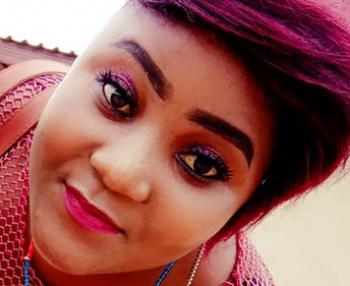 Queen Popoo’s music is authentic and her subject matter is relevant in today’s society.