This social worker can sing too

Junior Marius Djuma, popularly known as Salvester47_SA, is an artist whose music not only appeals to thousands of fans, but also to music experts who nominated him for several awards.

Djuma was nominated for best hip-hop album at the 2019-2020 LYD Music Awards and the 2020 MAMA Awards and he hopes to scoop up both awards. The album is called BloodMist.

A resident of Bazevalley West and currently based in Tshilamba in Mutale, he is a highly motivated, upcoming artist who believes in his music career and the quality of his music. “For me, music is the food of the soul,” he said.

Music runs in his blood and he considers it his first love. “Music is a form of social construction in that it can connect people and fight other social ills, such as crime,” he said.

A social worker by profession, he told Limpopo Mirror that his work schedule was often so full that he was left with very little free time. “But I would always spare some time for being creative with music,” he said.

“I have been a social worker for 13 years now and it is felt in my music, in that I create the kind of music that builds up society,” he said. “I have come a long way. It is not easy for people to believe that I have started out by recording myself and my brothers, singing on a cellphone. We got people listening to our demos for free, and they were awed by our creativity.”

He was inspired to enter the music industry by his friend, ‘Supplier Jack’, who is also a highly talented singer with a unique voice.

His album BloodMist contains songs such as Niggars gone, Criminal, After life, Devil pride and Feel my Beast. “I'm currently working on an EP, entitled Kasi Born Gold,” he said. 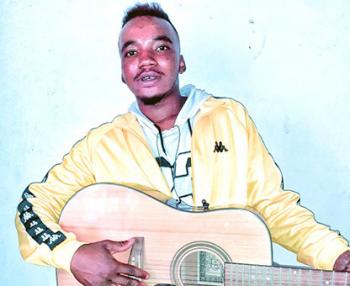