‘Razz Matazz’ returns to the airwaves

Legendary retired king of the airwaves Ntshavheni Russel ‘Razz Matazz’ Mashige celebrated his 70th birthday in style. After being “off air” for years, Mashige mesmerised radio lovers when he hosted a two-hour programme on community radio station Vhembe FM as part of his birthday celebration.

He said: “There is nothing more fulfilling than celebrating your big day doing what you love most. I know that my fans missed me out there, and this was the best gift I could ever give them. If I die now, I will die a happy man because I have managed to do what my heart desires – that is to be behind the microphone in order to make radio lovers happy. This is the best and most marvellous birthday I have ever celebrated in my life.”

Interestingly, Razz Matazz went to the studio armed with his trademark instrument, a tshinanga (small horn), which he blew mercilessly when he presented Zwa Afrika, a programme that focuses on African music. The lines never stopped ringing when he opened them to interact with his listeners during the show. The programme became a hive of activity when listeners did not want him to leave the studio after the allocated time.

Born at Tshimbupfe in 1950, Razz Matazz said he was honoured to be given the opportunity to sit behind the microphone by the management of Vhembe FM. “When I was still thinking that everyone has forgotten about me, there are people who still appreciate my contributions to the broadcast industry like the management of Vhembe FM. The broadcasting industry is what it is today because of the strong foundation laid by veterans like myself. I am happy to see young presenters doing well in radio because they look upon people like myself as their role models.”

A teacher by profession, Mashige started teaching at Lwenzhe Secondary School from 1975 to 1977. Between 1978 and 1980, he taught at Davhana and Tshimbupfe High School. On 1 April 1980, he joined the SABC (Radio Venda) as an announcer. In 1986, he joined Radio Thohoyandou, where he was promoted to the position of senior announcer in 1988. He then disappeared from the limelight when Radio Thohoyandou closed down in 1988. 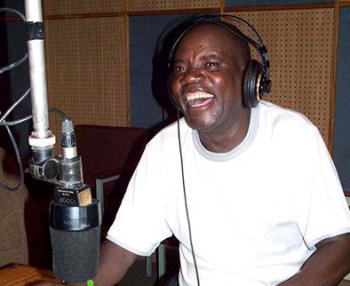