The music of Thilemelwi Arnold Mukwevho, better known as Papa Thile in the entertainment industry, is becoming more mature and relevant each time he releases an album.

Music lovers and analysts will concur that his fourth and latest 10-track album, Malamba, is a true reflection of what real musical maturity is all about. According to Papa Thile, among his albums, Malamba is the one that is receiving incredible airplay both at national and regional radio stations.

The celebrated Tshivenda musical genius from Makonde village said that, despite the lockdown, Malamba was performing very well in the market. “As the lockdown was hitting the entertainment industry with its strict regulations, like other artists, I learnt for the first time to sell my music through WhatsApp. This was because music shops were not operating during that time. I was surprised that, within a month, more than 3 000 people had already purchased the album through WhatsApp. I would like to thank the radio stations for playing this album because, every time a song is played on the radio, I get calls from people who want to buy the album. This simply means that I have hit the right musical note and people are falling in love with my work. Words alone cannot express the gratitude to my fans, because I am what I am because of their support.”

Mukwevho, who specialises in playing marimba, said he had roped in heavyweights in the music industry to make sure that he produced a quality offering. He worked with the internationally celebrated Zimbabwean superstar Mitchel Jambo, as well as Takalani Mudau, Ramzeey Ramalata, Kairo, Blessa, and Ras Canly. The album was recorded at Top Shatters Studio and it was produced by Ras Canly and Aninius Bengwa. 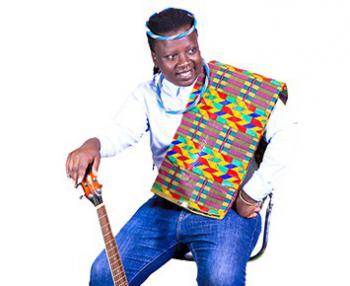 Thilemelwi Arnold Mukwevho, aka Papa Thile, is satisfied with the performance of his fourth album, entitled Malamba. Photo supplied.