Fulufhelo Rodney Muravha, better known as Suppreme Hela, is ready to set the stage alight with his sterling performances this festive season.

With anthemic songs such as Phillip Ndou, Coz I’m here, Tshekani Temperature, Love me for me, and Easy come easy go, he is surely on the right track to gain stardom and popularity with fun lovers.

“My music is timeless, and I know for sure that people will enjoy my performances this festive season,” he said. “I am not yet fully booked; there are spaces still available, so those who want to secure my performances are welcome to contact me.”

He is convinced that where music is, one finds life. “The reason why I’m saying this is because I chose to make music at home rather than going to chill at the corners of the shops where plans to carry out bad activities are sometimes hatched,” he said. “Music can let those with the heart for it be saved from committing crimes because they will be preoccupied with music instead; either by producing or recording or even performing, which all come with good results.”

A resident of Matanda village, Suppreme Hela discovered music at an early age and has not parted ways with it ever since. “I make music. I’ve always loved to make music,” he said. “When it comes to musical instruments, I am largely self-taught. I produce my own music.”

He finds inspiration from self-confidence. “But I’d say a lot of old-school fellows inspire me too – like 2 PAC. Among the new age music, I’d say Kid Ink, but my big brother Niven inspires me the most,” he said.

He added: “Like everyone else, I have my ups and downs. When I started music, nobody but myself and my family believed in me. But with self-confidence, I never gave up. I went out and did my secondary and college years, after which I kept on producing music for myself and other people. I founded a recording studio called Sick 1llah Records (S1R), located at Matanda village’s Zone 3.”

His ‘mixtape’ is set to be released on 15 December this year and its entitled LiveALittle V.

“I started working on it in 2016 and only finished it this year,” he said. “You can imagine the amount of hard work that went into its making. It’s my fifth project.”

Suppreme Hela is available on most social media platforms and can be reached on tel. 078 087 4037. 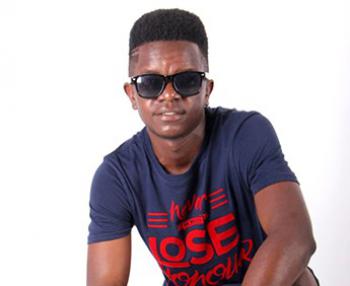