Murendeni Netsianda, also known as Mr Exclusive or Drubango, is a fully fledged Amapiano deejay whose sounds endear him to the hearts of many music lovers.

Netsianda is from Shayandima. He started out playing music on a laptop back in high school as part of a group called DJ’s Gaming Utility. They later evolved to a registered music entertainment company, called Beats Audio Graduates (BAG).

“Since then, I have been playing at various places in Vhembe. I had the opportunity to play at Migeroni Café, Fairplay and Newscafé,” he said proudly and added that music was the cradle of his life.

“Music heals one’s soul,” he said. “Good music does wonders to someone’s mood. When good music plays, it brightens your day, and you get to lose yourself in the moment and forget about a lot of things.”

He believes that music that carries positive messages can save people from wrongful activities. “So, with that being said, in short, music has the power to culturally, morally and emotionally influence our society,” he said. “Thus, the more intentional we become with the sounds, messages and moods we create and release through our music, the more powerful we will become in making deep, positive changes in people’s lives.”

Netsianda said that he had learnt to inspire himself rather than looking out for inspiration. “As a hard worker in everything that I do, I see myself as my own inspiration,” he said. “I like the fact that with everything that inspires me gives me more strength to want to do more.”

He accredited his success to his family and friends. “I don’t think I would have gotten this far without their continued support and encouragement,” he said. “I intend to further grow in this industry, and if there are other youngsters like myself who have different types of passion, I would like them to know that it’s never too late to follow one’s dreams and passion on something that you love.”

Mr Exclusive is available for bookings and can be reached on tel. 067 042 3143 or murendenirudza@gmail.com. 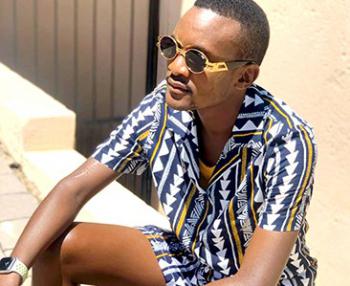