“Be on the lookout for my first album, Venda Loshanduka, in December after I have finished writing my matric examinations,” says Khathutshelo Neluheni, a Grade 12 learner from Phophi Secondary school.

Khathutshelo’s academic responsibilities do not curb his ambition to be a top-class artist. For the time being, however, it plays second fiddle to his studies.

Neluheni (20) hails from Mavhode village under chief Raphalalani, which is a village near Musina. He fell in love with music at the age of 13 and his favourite musicians include Mizo Philly and Mac J. He also started his own company, Mnk music.

Describing his home background, Neluheni said his mother was a domestic worker and his father a security guard. His background, however, has not stopped him from exploring all possibilities for a future career.

At school he plays for the school’s soccer team and is currently also a member of the village’s local club, the Mavhode Rolling Team. If he ever gets the opportunity to play for a well-known club, it would be for Mamelodi Sundowns.

Speaking to Limpopo Mirror, Neluheni said: “I will be releasing my 22-track hip-hop album in December.” 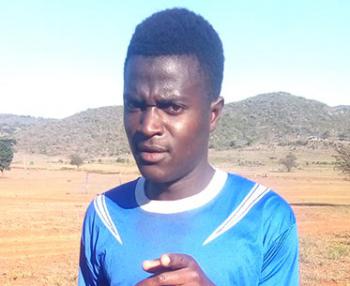