“I'm now a bigger artist than I was before”

Timmy da Vocalist, born Ambani Musubi at Tshiozwi village in the Sinthumule area, is one artist whose unique voice will take him places.

Musubi is a promising hip-hop artist whose meaningful lyrics endear him to the hearts of many, as he infuses house beats and gospel rhythms in his songs.

“I entered the music industry in 2012 as I used to fashion drums and marimba instruments out of discarded debris,” he said. “Soon, people started calling me the grandchild of the late Vho-April Samuel Ramufhi, because I was doing the kind of music that seemed to link back to him.”

He recorded his first track, entitled Zwi seisa vhayeni, which had many people talking about it, since it was unique and authentic.

“Music is life to me, I believe I got this talent from God, so I'm using it to transport messages that heal the broken souls and mend the broken love,” he said. He holds the view that music can work as a tool to fight crime. “Music can teach people how to avoid crimes and it can also reduce crime if we encourage our young stars to spend most of their time on sports and other things and trying to discover their talents, instead of spending time planning to do crime,” he said.

He was mentored by Golden Ramuthelo, and he looks for inspiration to Chris Brown. “Golden is a good person, he gives me advice not only about music, but also about life,” he said. “I'm inspired by the artist Chris Brown. I love the fact that he is perfect in everything he does. He can dance and he can sing across genres.”

He stated that he was now a bigger artist than he was before in that his music was continuing to receive massive airplay and people booked him to perform in shows before large audiences. “I'm now a national artist and my latest single is making great waves. It’s called Dirabeleni,” he said. 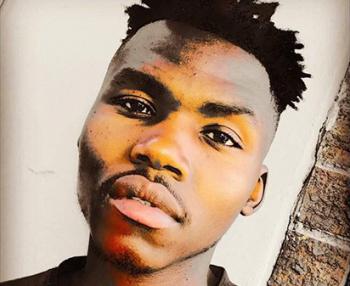