Godfrey Matlonya, a resident at Ha-Rabali village in the Nzhelele area, is a keyboard player of note who also dabbles in music producing, arrangement, song writing and composing.

He is a sound engineering from Birman Business College. He is also the founder of AWA Rhythm studios and he specialises in the Afro-jazz genre. “I have composed good music for groups such as Thomas and the Staple Artist, and Might Universal Sound,” he said.

His love of music started in 1995 when he had the desire to play keyboard. From that point onward, he has not looked back. “Music is life, in the sense that it produces great messages responding to life’s challenges and circumstances as well as voicing out one’s viewpoints and feelings,” he said.

He worked with Worship House on one of their projects.

“Music brings awareness, and it can be used to reprimand both active criminals and potential criminals through its message,” he said. “I am really inspired by my mentor, Prophet Petrus Mamuhohi. He is a straightforward, focused and disciplined pastor and musician. I love Oliver Mtukudzi’s music as well, for he conveys life-building messages.”

He is available on most social media platforms and he can be reached at 079 353 6379 and matlonyag@gmail.com. 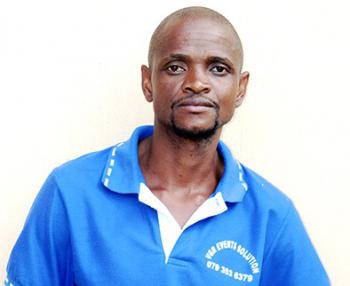