“There's no peace in the land”

Afro-beat maestro Sikheli Junior has just finished working on his new album, which is due later this month. This is a timely response to a massive call from his die-hard fans who had been calling for the release of new material from this recipient of a South African Traditional Music Award.

Sikheli Junior flung his name into stardom with the release of his previous albums, which are Ladzani Shango, Malovhele and Nwali O Sinyuwa. He told Limpopo Mirror that his new project is entitled A li ngo lala, which can be loosely translated as “there’s no peace in the land”.

“This surely makes a timely comeback for me,” he said. “I had seen my previous albums flying higher and higher, and this one will do much better in the market because of its renewed quality.”

A li ngo lala comprises 11 songs, and this journalist had time to sample two of the songs a fortnight ago. The songs leave one with a sense of familiarity and belonging in that they have an air of déjà vu.

Songs such as Ndi lilele nnyi, Masasana, Ndo vhona, Phathutshedzo nwananga and Ro tshenuwa are masterpieces worth listening to. “I always strive to compose music which resounds with energy of its own, without forgetting to inject some positive lyrics into the song.”

In Ndo vhona, he tells a motivational story about the difficulties and challenges he had encountered as a social being, and how he had come to conquer despite the circumstances’ not favouring him. “It’s an interesting story which I am not keen to tell here lest I twist it,” he said.

Phathutshedzo nwananga offers guidance to the youth to seize the opportunity and follow their dreams when time is still on their side. Masasana (Xifela khwathini) is a song about the challenges brought about by the issue of the land-reform dilemma where foreigners continue to run and enrich themselves from mines at the expense of locals.

Looking at the kind of issues he sings about, Sikheli Junior is not just a singer, but a musician who has reached a point of maturity. Those who would like to order Sikheli Junior’s music can contact him at 082 538 5406 or 079 486 3179. 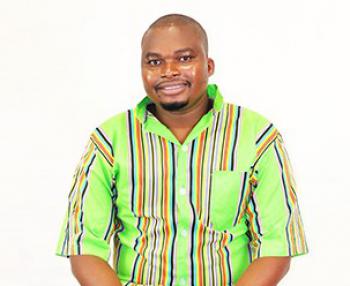