You can free yourself from witchcraft, says local writer

Local author Fulufhelo Precious Mafadza said that her dream had always been to publish a book.

The 26-year-old Mafadza, from Vyeboom Block D, released her first book last month, entitled Phuli Vhusendekamisi. “The book is all about a breakthrough from captivity and beating witches at their own game when they think they've got you,” she said.

She told Limpopo Mirror that the book explored challenges that young people were facing as a result of witchcraft. “I wrote it to free people who are captured by evil spirits. About 90% of people are captured, especially young people - that's why our generation is crying about marriages, jobs, health and happiness. It’s because they are captured by either evil spirits of this world or witchcraft. There are demons and witches that capture people and control them,” she explains.

Mafadza said that she wanted to open people’s eyes, so that they could start doing the right things and seek help in the right places. “I see that many people are going to places where they are paying a lot of money for help, while the help is in their houses.”

It took her less than a month to finish the book. “If it wasn't for the fact that the body had to rest, I would've finished it within a day. All I’m trying to say is that I had it all planned before I started writing. The plan came in my dreams and I wrote it down. It was a complete plan following the plot; even the publisher didn't take time to work on it because there wasn't much to work on,” she said. 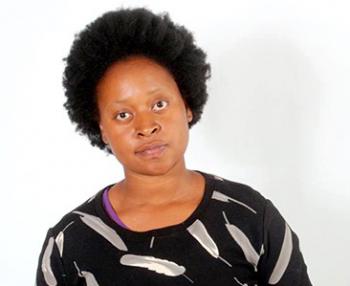