A club for lovers of jazz music was established in Musina last month. The founder of the club, Alfred Chuene, said the idea had come after he realized that many local people liked jazz music, but they had no platform to share their common musical knowledge.

Chuene is a music presenter at Musina FM and a recording artist who has produced two successful jazz albums. He explained that he had discussed the idea with individuals who he knew loved jazz music. “Fortunately, it worked because everyone I approached agreed to form part of the club and to make some contributions in various forms. Some of the people I approached are elders who understand this music genre from their younger days.”

Chuene said the club now had 20 active members who had committed to working hard to make sure that the genre was taken to another level in the border town. “Since its formation, the club has met twice to map an implementable working plan. During the meetings, members brought their favourite jazz songs and we listened and danced together in unison. The get-together resembled a family union, since we were all united by the same love of music. We want every member to be involved, so that we can have a wider engagement to promote jazz music. We also want to encourage local people to take jazz music seriously and do away with the notion that jazz is only meant for well-to-do individuals.”

He added that his role as a radio jazz presenter gave him an advantage because he used radio to publicise the activities of the club. “I invite members and non-members of the club to come and share their experiences during my show. This has a positive spin-off because many people are now aware that we have an active jazz club here in Musina. Local jazz music lovers who want to be members of the club are free to contact me on my mobile phone (072 328 9293).”

He added that the long-term plan of the club was to establish a learning centre where young people would be taught how to play jazz music. “When the time is right and resources are available, we will approach the local authority to provide us with land where we will build the jazz school. This dream might take longer, but it will ultimately happen for the sake of our future generations,” he said. 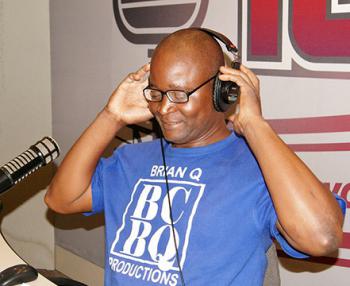