Local hip-hop star continues to churn out the hits

When the history book of Tshivenda hip-hop music is written, the name of Mpho Adolf Mutshidzi will appear in a special chapter. The reason is simple; this young man has played a major role in promoting this music genre that many people initially took for granted.

Popularly known by his stage name of Adolf Mr Thohoyandou, Mutshidzi’s lyrics depict true-life stories of something that either happened to him or to someone close to him. With four successful albums under his belt, the hip-hop star is claiming his rightful space in the tough music industry. Besides the four albums, he has in the past dropped several successful mixtapes with seasoned artists such as Mizo Phyll and Bamba.

As the saying goes that local is lekker, Mutshidzi was born and bred in Muledane, just a stone’s throw away from the Thohoyandou CBD.  He started his musical career in 2006 at the age of 16 after drawing inspiration from his role model, the legendary Mizo Phyll.

His first album, Mbilu i kha dirwa, was released in 2014. It carried hit songs such as Khotsi anga and Kumvu mulamboni, featuring Bhamba. At the time of its release, Mbilu i kha di rwa conquered the local airwaves by receiving rotational play at various radio stations.

He said his second album, Munna ndi nnyi, had been released in 2016. “Following the foundation laid by my first album, Munna ndi nnyi also did well in the music industry. This encouraged me to return to the studio in 2018 to release my third album, entitled Starring. In February this year, my fourth album, Phakhama, hit the shelves.”

Besides nurturing his music career, Mutshidzi empowers more than 20 upcoming artists by offering them reasonable rates at his recording studio. 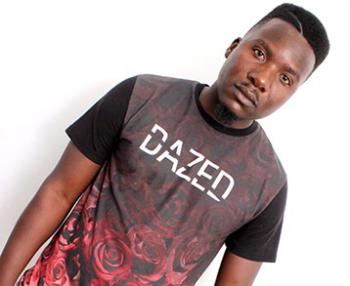