For many people, the year 2020 is one to forget, but for Percy Khodani Bulasigobo this pandemic-ridden year is the one to cherish for decades to come. Amid the challenges caused by the novel coronavirus, Lady Luck smiled on Percy so much that he recorded and released his debut gospel single, entitled Vha ri ita vhaswa.

Vha ri ita vhaswa, loosely translated to mean “He renews us”, was recorded live in Randburg and it was Percy’s first-ever live performance. Produced by renowned music guru Tendani “Fresh” Mahwahsane and composed by Percy himself, the song was well received and dominated social media and local radio stations’ airplay.

Percy said he was overwhelmed by the reception his song received as he was nervous and anxious. “For me it still feels like a dream,” he explained. “This thing happened so fast, and I did not have much time to digest it. Earlier this year, I joined a competition by Mukurob Music in which they wanted to uplift one young artist from the Nzhelele area. The prize was to be featured in one of their projects, but when they said I would be recording a live single I was so humbled and stunned at the same time.”

The 23-year-old from Ha-Rabali village said that he had only had one rehearsal and working with people he had only seen on television was a dream come true. “It was my first time in a proper production studio. I was working with my idols and that was pressure on its own,” he said. “I thank God that the team was so friendly and guided me with love and compassion. I am grateful to Mukurob Music for the opportunity. I lack words to thank the people who are behind me and making the song trend on social media. It feels surreal.”

The hit single also has a music video which, according to Mukurob Music, will be released before the end of September. Percy has joined Mulalo Tlalamba to become the second Nzhelele artist to have worked with this fast-growing music hub. Robert Netshiunda of Mukurob Music confirmed that they are working behind the scenes with Tlalamba and a surprise was in store for the people of Vhembe region. 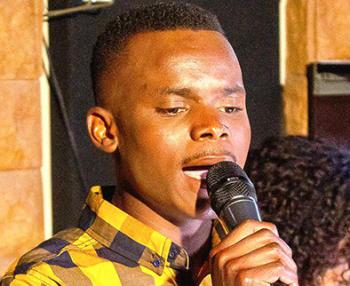