Despite the Covid-19 pandemic and its negative consequences, this year is obviously the one for Dr Roxley Fhatuwani Masevhe to shine more as he extends his wings to touch the lives of fellow persons through his art.

The veteran musician and composer has just released three books, to international acclaim. They are Mitoli ya Tombo (poetry), Against All Odds – From Grass to Grace, and Pfupfu dza Tshikoko. “All three books are already available on Amazon or directly from me,” he said.

He said that his music had always contained poetic elements, and those who listen to his music will surely agree, for Masevhe is no ordinary singer but one artist who has a rare skill of being playful with words.

“I am a poet, and instead of my just cramming my songs together in lyrical form and calling them poetry, I chose to work on new poetry, which resulted into two books, entitled Pfupfu dza Tshikoko and Mitoli ya Tombo,” he said.

Mitoli ya Tombo means “honey drips from rock”, and this refers to the author’s life. Even though he grew up as a despised boy who missed many opportunities and even sacrificed his education for his siblings, he eventually became a successful artist.

The godfather of Tshivenda gospel music, Masevhe believes that his poetry and the authorised biography written by Ndivhuho Thavhana will touch many lives. “We did a very good job in putting together my life story, and we want the biography to reach a wider readership, so that they can get life’s lessons and the delights and wisdom that come with learning from the next person’s story,” he said. 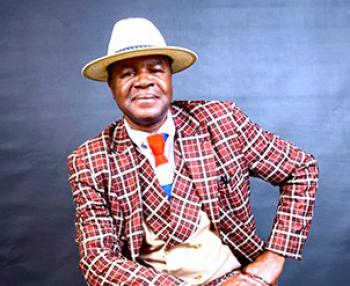