Clement “Zillar Zee” Muebeli is living his dream of being an entertainer whose music endears him to the hearts of those who listen to it.

“I still remember the first time I was in the studio along with Deejay Search as my producer, and I thought I was playing, but then I realised that I had a diamond voice. My peers encouraged me to drop another hit,” he said. “People love my voice.”

However, he had to switch from the gospel genre to house, and he signed with Hardwork Music Production. “I am currently signed to the Protainment record label, and I'm aiming to achieve more,” he said. “May the Almighty God bless us as we create more good music.”

Nelson Masupa is one of the best mentors whom this artist has ever met, and what he likes about Masupa is that he is a good motivator who possesses patience in abundance. “He has always been on my side, even when I was losing focus,” he said. “He reminds me not to give up; he gives me power to work harder, so I would like to say thanks to him.”

His role model is Rudzani Rammbwa, who is known as Deejay Poison. “What I like about him is that he's very dedicated to his work. He’s a hard worker, and I'm looking up to him and may God bless him,” he said.

Zillar Zee is not conceited, for he still looks forward to achieving more in terms of releasing quality music and making a name for himself. “I believe that my name will be recognised one day,” he said. “I'm doing this music just to motivate and encourage my fellow youths in my village,” he said.

His megatracks are Mushumo, Manaba and U sa pfa. “My concluding statement is that I would like to thank Mass Ram for the beats that he creates for me, and Maake Ndamulelo for being a dedicated manager to me,” he said.

He resides at Muila Thothololo village. He attended Lupenyo Primary School and completed his matric at Rasila Secondary school in 2019. Those who are interested in Zillar Zee’s music can contact Mr Maake Ndamulelo on 078 535 4199. 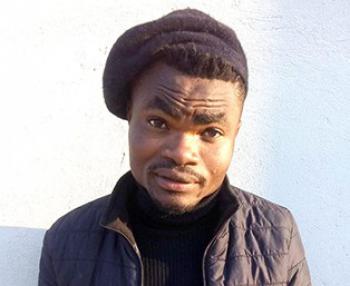