Two well-known local gospel artists, Wanga Mukwevho and Phumudzo Nthatheni, have surprised music lovers with their new single. However, this time, the gospel artists have swapped their music genre for the modern type of music, Amapiano.

In their new offering, called Vhutshilo, they call themselves Kwemza Mukwevho and Bisha. The hit song was recorded, arranged, mixed, and mastered at KheshFam Studios in Matangari village.

These seasoned artists have been in the music industry for years.  Wanga Mukwevho, who turned blind at an early age, released his first album, The Glory Has Come, in September 2016. Towards the end of last year, he released his extended play (EP) album entitled Deeper.

Phumudzo Nthatheni, better known as Bisha, was born and bred at Khubvi village. He has also been on the gospel music scene for a while. He has two successful gospel albums under his belt.

Talking about their collaboration in their new offering, the duo said they had seen a need to showcase their talent in a different way. Mukwevho, who played all the instruments and produced Vhutshilo, remarked: “Many people know us as gospel singers, but the music industry has taught us different skills that need to be showcased. Amapiano dance music is gaining momentum and we also wanted to be part of history in this type of music. This does not necessarily mean that we have forsaken our gospel music genre, but we just wanted to show music lovers that we can shuffle successfully between different music types.”

Nthatheni said their song had already started making waves in the music fraternity. “The feedback we are receiving from the fans is overwhelming. People are surprised at our ability to excel in this new type of music. In fact, myself and Wanga connect musically and it was easier for us to come up with this new sound. Due to the huge demand, we had to make sure that the song is available on all major online platforms to make sure that everyone can access it with ease. We have also sent it to various radio stations and there is no doubt that it will cause a musical revolution on the airwaves.” 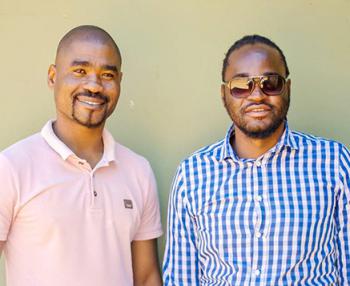