Shufflers releases a “gift” to his followers

Maturity is when you do things differently, while at the same time upholding your professional conduct to retain your market values. This is what defines Shufflers Ragimana, the man who does not need any introduction in the South African reggae music fraternity.

A teacher by profession, Ragimana has taken a step further to show his appreciation for the support from his fans by including the printed lyrics of his songs in the cover design of his six-track album. The album, entitled Nyimele (Situation), was released last week.

On one of the new songs, Ragimana pays tribute to his late reggae friend Humbulani Muthude, famously known as Jahman Chiganja, who passed on in February 2018. During Chiganja’s lifetime, the duo recorded several songs and performed together.

“I have lost a very good friend in Jahman Chiganja, and life is no longer the same without him. We had a good musical connection and his death was a terrible blow to me. He was a rare breed of talent whose contribution to the South African reggae music fraternity will not be forgotten. That is why I decided to include the song Khonani yanga Chiganja on the album,” says Ragimana.

Ragimana started his musical career in the early eighties with the now-defunct Thinawanga Band, which was led by the late Azwivhavhi Ndou at his home village of Makonde, outside Thohoyandou. He has worked with other heavyweights such as Dr Colbert Mukwevho, Dr Roxley Masevhe, the late Dan Tshanda, the defunct Venda Kids, Kenny Murabi, Burning Saul Nephawe, Hani Mutele, Jacky Nethomboni, Phillip Tshililo and Ras Willie, to name but a few.

About his latest offering, Ragimana said the album was the best gift that he had to give to his fans for their continued support. “My fame will be nothing at all without the support of my fans. I had to make sure that the album is different from all my previous recordings by including innovative sounds and originality. My utmost gratitude goes to my marketing agent, Langanani Mbodi, who made sure that the album is readily available in hard copies and in all major online music stores. Those who cannot get the album through technological platforms can call me on 0728555953 or visit my Facebook page (Shufflers Ragimana), so that I can deliver it where they are. Indeed, I cannot claim success without my loyal fans out there.”

The album was recorded and engineered by highly acclaimed sound engineer Mulalo Mukwevho at Burning Shack Studios in Thohoyandou. 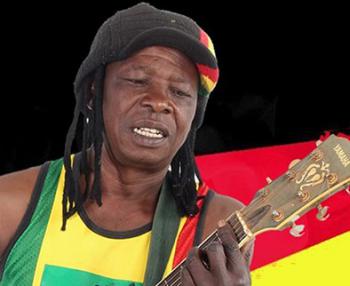