Oga Stone is in the Afropop house

Oga Stone is one of the best artists in Vhembe, but what separates him from the others is his unique voice and approach to music.

Born Ronny Ratombo, he is an Afropop artist who uses the art of his voice, accompanied by sounds, to deliver messages of hope, morality, and love. “I mend broken hearts, and I bring healing to those who have been hurt,” he said.

He had accepted his music calling around 2009. He started out as drummer for the Bad Boys, a group that was initiated by the prince of sungura, Calvin Maemu, who was playing bass guitar. He spent four years with the group, playing drums and doing backing vocals.

“I decided to go solo in 2015,” he said. “I started to create the beats and tried to sing. I joined Masase Record. Then Mr Yizy, the producer, recorded my first single, entitled Lufu. The track became a hit soul-touching song.”

Oga Stone went on to release more singles, which culminated in a mixtape that he distributed to different radio station for airplay. In 2018, he had some singles out from RF Records, such as Ri a dzidzivhala, BP yo gonya, Velocity and Nobuhle.

“In 2019, I managed to get 10 shows at which I performed for a fee,” he said. “I was glad for the path that my music had taken, and the future was looking brighter.”

Oga Stone is currently working on a full-length album, Limpopo. It will comprise 12 tracks. He is available on most social media platforms and he can be reached on 079 938 0035. 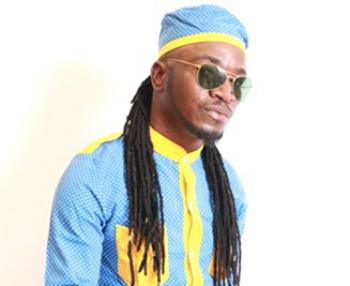