Xitsonga author Miyelani Anthonia Hlungwani, alongside 10 other poets, have published a poetry anthology entitled Hi Landza Nhlalala, which loosely translates into ‘We are following the honeybird’.

The book was published by Muyimeri Publishers, which is owned by Hlungwani. The publication is a tribute to the late poet and publisher Khaizen Nzama Moses Mtileni, who strived to promote and develop the Xitsonga language through literature.

“We are celebrating the life and times of Mtileni through the poetry contained in this book,” Hlungwani said. “All poets were close to the late Comrade Mtileni, who was shot and killed in his home in Birch Acres, Tembisa, in July 2019. The foreword of this book is written by Floyd Shivambu, who was a close friend to Mtileni.”

He added that indigenous languages were struggling when it came to literature in South Africa because many big publishing houses were not interested in publishing any materials in these languages. “We are creating an industry of our own, in that we are focusing more on writing and publishing in our languages,” he said.

Hlungwani’s other books include, among others, Ri xela ku pela, and Hi le vuton’wini na Vugimamusi. “But as a publisher, under Muyimeri Publishers I published six books for different authors, which include Vutlakati bya Miehleketo by Jonathan Rivalani Ngomani,” he said. “My role model is Dr A Mushwana, who is a lecturer at Univen. He always supports me, and he is the one who introduced me to this industry.” 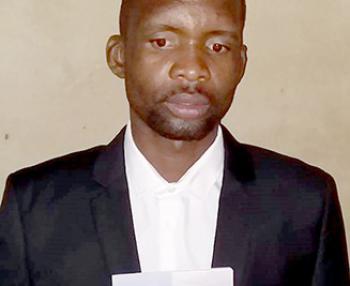