Robert invents his own unique sound

Can the different styles of Maskandi, Mbaqanga and Tshivenda traditional music mix? This question can best be answered by Robert Mudau, the prolific and creative musician from Mapate near Thohoyandou, who has invented his own unique style of music. Mudau’s traditional Tshivenda music is inspired by Maskandi, the type of music famously enjoyed in KwaZulu Natal.

A keen bass guitarist, Mudau says he realised that the music industry is changing, and music lovers need new innovations. “There is no use to keep on giving people the same music genre time and again. One day they will become tired and stop listening to something that does not appeal to them. It came to my mind that I should try the market with something unique and it worked for me.”

Mudau is not a novice in the music industry. He had cut his musical teeth in 1997 with the then local band, the Scavengers, which was famous in his village of Mapate and the surrounding areas. “When the Scavengers ceased to exist, I decided to go solo, but the challenge was that I did not have music instruments. I worked for 10 years while saving money, until I bought my own music instruments.”

A marketing, computer science, and logistics graduate, Mudau released his first album, entitled Masindi, in 2018. The style of the music was Maskandi and Mbaqanga, but the songs were sung in Tshivenda. Due to its unique style, Masindi performed well in the music industry and it enjoyed reasonable airplay on Phalaphala FM and local community radio stations.

His second and latest album, Founu Yanu, was released last week. It was recorded, mixed, and mastered at Masana Records in Gauteng. “This album is a continuation of my unique music style and it has already started making waves in the music industry. People love my kind of music because it is something they rarely hear from other artists.”

He is currently selling his music through social media. “My fans can follow me on my Facebook page (Robert Mudau) or on my mobile number 0723331818 (voice calls and WhatsApp) and I will make sure that they get my music wherever they are.”

He has a message for young people who want to venture into music. “Seek education first, so that you may have something to depend on when your music career hits a snag.” 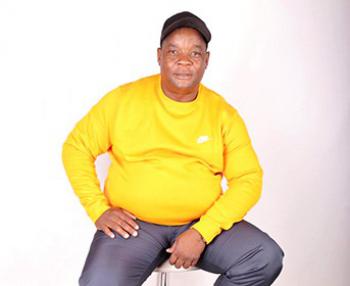