Phathutshedzo Lebusha, who goes by the stage name of Daloo Deey, is a vocalist and guitarist of note whose talent is amazing in a fashion that is undeniable.

This resident from Lwamondo (Khumbe) is quick to tell you that she first discovered that she could really sing when she was only 10 years of age, performing in a church choir.

“The turning point was when I bought myself a guitar early in 2019, and started learning how to play through YouTube lessons,” she says. “I started composing my own songs later on.”

For her, music embodies feelings and emotions and also connects people. It can heal and provide strength, she says. “Music to me is a business, and at the same time it’s a hobby. Most people say that music is life, but to me music is movement,” she explains.

For Phathutshedzo, being a musician means that one is given a voice and is able to influence the masses through art. “I believe that, with songs, I will be able to spread messages of love and positivity to help deal with some of our country's most crippling problems, like crime and gender-based violence, among other issues,” she says. “My grandmother is my mentor. I love the fact that she is kind, she listens, and she is my teacher. My management team, Mulata Branded Lifestyle, also plays a huge role in shaping my career.”

She is inspired by legendary artists such as Zahara. “She is a God-fearing woman, but she is also a strong and resilient woman,” she says. “I also love her music because it touches hearts.”

The highlight of Daloo Deey’s career thus far has been her performance at the Sisters with Guitars event, alongside Zahara, Msaki, and Berita. “To me, it was a dream come true. I never imagined that, at such an early stage in my career, I would be performing among such established and influential artists, some of the best female guitarists in the country,” she states.

So far, she has produced a five-track EP entitled What I Do, which was released in October 2019, and it is available on all digital platforms. “I am currently working on an album with at least 14 songs,” she says. “This project reflects my personal journey. It is also rich with love songs and songs about life in general.” 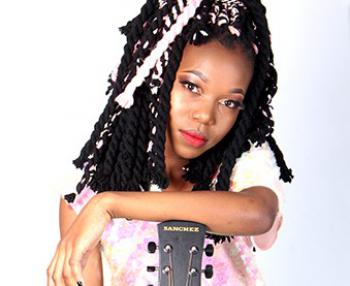