“Being a singer is a gift to me”

"Being a singer is a gift to me," says Thembueh the Vocalist, an aspiring young Zion gospel artist.

The name Thembueh the Vocalist is slowly becoming a household brand after his hit single Malisa Mbilu, featuring Adziambei N.

Thembuluwo Randima, who is now famously known as Thembueh the Vocalist, said he started singing when  he was young and his journey  in music had not been an easy one, even today. "When I started singing, I had a financial problem and I could not afford a better studio to record my songs," he said. "Now that I have recorded my songs, I realise that many other artists whom I found in the music industry are jealous of me because I am  stronger than them."

The 27-year-old,  who is currently staying in Johannesburg but was born and raised in Khubvi, said that his fans could now expect a new album every year.

This year, Thembuluwo is also celebrating a decade in the entertainment  industry. "I  started singing in 2010 when I was singing at Thenzheni Tomboni UAAC in a choir as a lead vocalist," he said.

If you want Thembuluwo's songs, you can find them at Thohoyandou, on online platforms, Whatsapp 072 980 0501 and  you can also contact him on  Facebook at Thembueh the Vocalist. 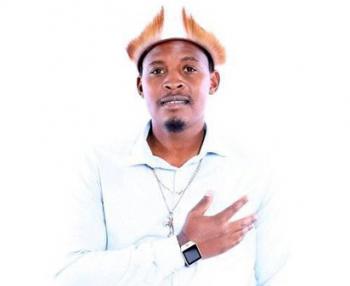