The fertile, evergreen village of Matangari near Makonde is famously known for producing delicious sweet potatoes and fresh vegetables. What most people might not be aware of is that this village is also home to blossoming musical talent.

A former dribbling wizard of Matangari High Aims Football Club, Rabe Dzuvha became known when he released his first single, entitled Ni nothe (You alone) in 2013. The song was well received by music lovers and is still enjoying massive airplay on community and national radio stations.

“Pushing Passion has 16 tracks and it brings a new wave of my musical talent, which clearly demonstrates that I am now more mature than before. Those who have a keen musical ear will agree with me that the standard of my album is far higher than what people can expect from a local musician like myself. I am happy that the album is doing well, and it is claiming its rightful spot in the music industry. Judged by the huge sales demand and continuous rotational airplay on radio stations, this album continues to prove that when you work hard, rewards and fame will follow you.”

A keen self-taught guitarist, Rabe Dzuvha fell in love with music at a young age. “My uncles used to play reggae music at home while I was young. I would sing along with them without knowing the meaning of the lyrics of the songs. I then made a homemade guitar, using an old oil tin and rubber bands. Although the guitar did not produce a quality sound, everyone was impressed by my playing skills and I got the courage to take music seriously. I would sing during the morning devotions and my teachers at Matangari Primary School and Mphalaleni Secondary were impressed with my talent. At one time, my late grandfather took me with my homemade guitar to perform at the Tshiombo show grounds and people never stopped asking for more. When I started working 10 years ago, I bought proper musical instruments and started recording professionally.”

Despite the impressive market performance of Pushing Passion, Rabe Dzuvha is currently working on a single, entitled Dzuvha, which will be available on digital platforms next month. He is available on Facebook (Rabe Dzuvha), Instagram (Rabe Dzuvha), Twitter (Rabe Dzuvha), mobile number 083 200 2235 (both voice calls and WhatsApp) and on email at rabedzuvha@gmail.com. 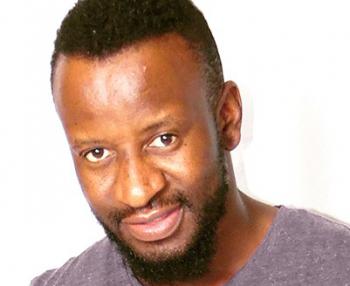